The client needed better control of the Air Conditioning system, an Air Conditioning Control Upgrade, as the Surgeons wanted a wider range of temperature control (from 16 degrees to 28 degrees) and to reduce or negate the wall of the theater “sweating”.

The clients budget was restrictive so they made the decision to leave the mechanical services in place, such as the supply air fan, ducting, grills, and so forth.

The chilled water came from a central plant so they were no major modification required there. Hence, for the air conditioning control upgrade we had the mechanical switchboard and the building management system upgrades to work with.

The Mechanical Switchboard had one of those old black gear plates which was very likely to have asbestos in it’s construction.

The Electrical sub-Mains to the switchboard was in MIMS Cable (or Pyro). The plant room had a decent amount of real estate to work with, hence, the methodology was to build a new mechanical services switchboard, adjacent the old switchboard (but not connected), install new fire resistance sub-mains with 35% additional capacity for future and include a BMS division in the new mechanical switchboard. 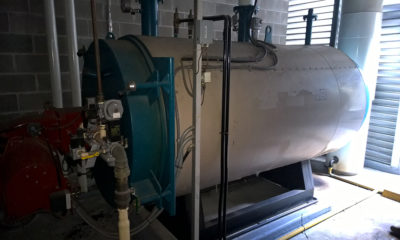 The air conditioning control upgrade had at least one decent energy saving opportunity which was to supply and install a Variable Speed Drive for the supply air fan.

The site had a Building Management System which was being extended in “piece meal” fashion and now was the time to bring in the operating theaters (six in total).
The Core issue was temperature and humidity control with a temperature range of 16 degrees to 28 degrees and minimum sweating on the walls of the theater.

We had heating control via a heating hot water coil and cooling via a chilled water coil. The battle was this cooling coil should have been a large size. 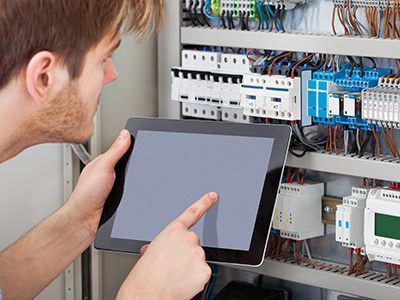 In this air conditioning control upgrade we gained improved control and some greater energy efficiencies, but, in some circumstances the mechanical services system could not reach the expectations of the surgical staff.

Firstly, we could not have two operating theaters, with a huge degree in variance in their required temperature requirements, be in use at the same time. For example, theaters one need 28 degrees, which theater two needed sixteen degrees, while outside, we had a 32 degree day. 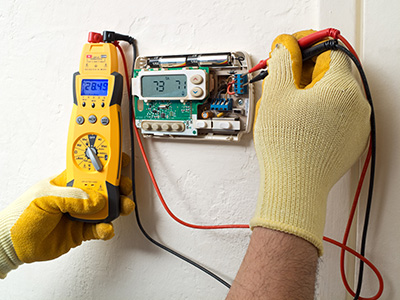 The mechanical services component  was re-engineered and properly designed with the limitations of a new budget,. This included additional reheat and chilled water coils to gain effective temperature control, without freezing one theater or roasting another.
The improved control reduced the sweating on the walls of the theaters in the humid months of February and March significantly.
The final component, in the new budget of the air conditioning control upgrade, was a request to install stainless steel control panels. These new control panels would be installed inside the operating theaters for the surgeons to have control directly (with limitations) without having to make phone calls or ask staff to send emails to engineering.

Doing this air conditioning control upgrade job in a piece meal fashion proved to be at a higher cost overall.

The client was initially under pressure to move things along fast, but didn’t want to spend the money on a proper mechanical engineering review and upgrade. The only benefit is that with the lengthier process the client could obtain more budget from elsewhere. 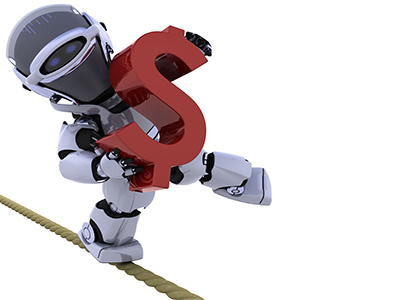 This job was completed some years ago and still runs well to this day. The old mechanical switchboard is still there, but not in use and is a part of their asbestos management plan to remove in the coming financial year.